Violence and conflict were dangerous aspects of late nineteenth-century America. Prejudice and hate filled the streets of Wilmington, destroying a community of African-American residents. The day of November 10, 1898 remains a painful reminder of death and struggle. It may be difficult, but we must face the past to stride into the future. Through inquiry and reconciliation, it is possible to heal the cracks that have formed in our society. 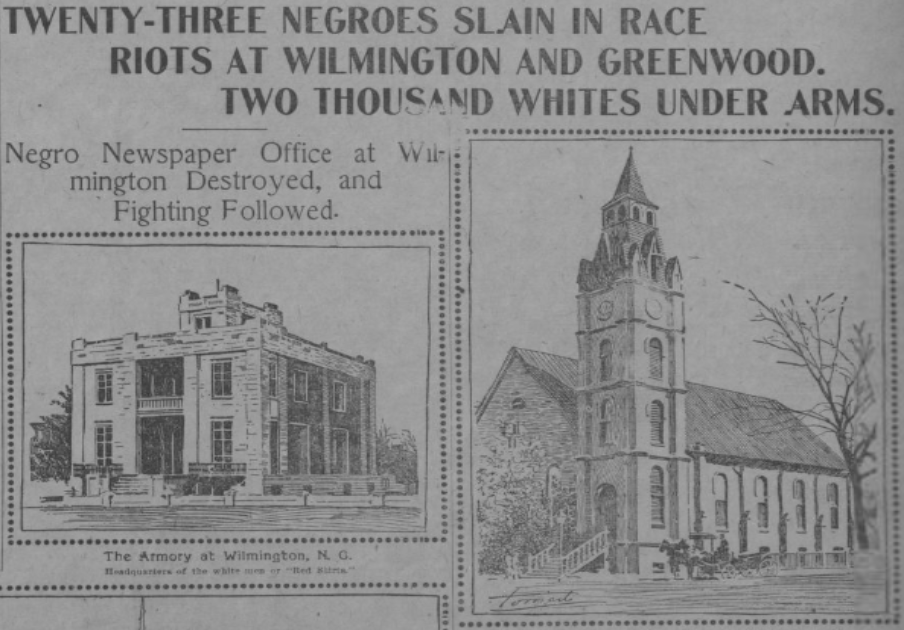 This newspaper preserved by the Library of Congress reveals the damage done.

"While thus numerically strong, the Negro is not a factor in the development of the city or section. With thirty years of freedom behind him and with an absolute equality of educational advantages with the whites, there is not today in Wilmington a single Negro savings bank or any other distinctively Negro educational or charitable institution; while the race has not produced a physician or lawyer of note. In other words, the Negro in Wilmington has progressed in very slight degree from the time when he was a slave. His condition can be summed up in a line. Of the taxes in the city of Wilmington and the county of New Hanover the whites pay 96 2/3rds per cent; while the Negroes pay the remainder — 3 1/3rds per cent. The Negro in North Carolina, as these figures show, is thriftless, improvident, does not accumulate money, and is not accounted a desirable citizen.” — Henry L. West, journalist for The Washington Post, November 1898

"Wilmington Massacre of 1898" written and narrated by Larry Reni Thomas, included in trailer of Wilmington On Fire